In an IPv4 network, the hosts can communicate one of three ways:

These three types of communication are used for different purposes in data networks. In all three cases, the IPv4 address of the originating host is placed in the packet header as the source address. 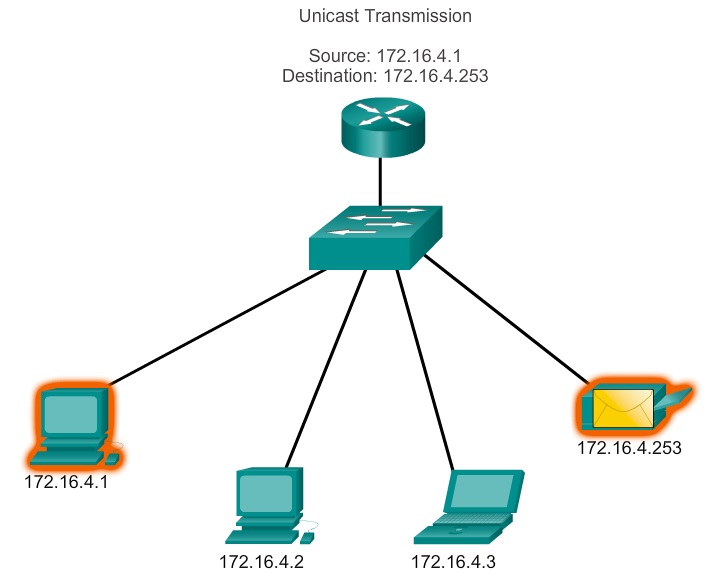 IPv4 host addresses are unicast addresses and are in the address range of 0.0.0.0 to 223.255.255.255. However, within this range are many addresses that are reserved for special purposes.

Some examples for using broadcast transmission are:

A directed broadcast is sent to all hosts on a specific network. This type of broadcast is useful for sending a broadcast to all hosts on a non-local network. For example, for a host outside of the 172.16.4.0/24 network to communicate with all of the hosts within that network, the destination address of the packet would be 172.16.4.255. Although routers do not forward directed broadcasts by default, they may be configured to do so. 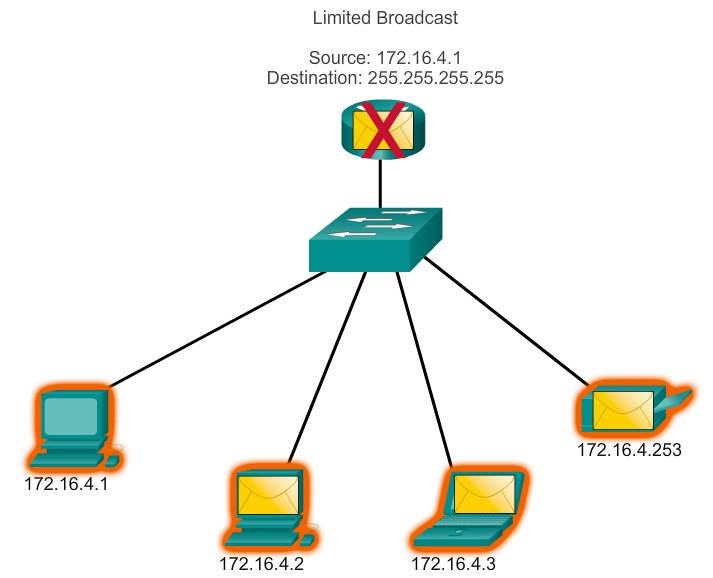 Multicast transmission is designed to conserve the bandwidth of an IPv4 network. It reduces traffic by allowing a host to send a single packet to a selected set of hosts that are part of a subscribing multicast group. To reach multiple destination hosts using unicast communication, a source host would need to send an individual packet addressed to each host. With multicast, the source host can send a single packet that can reach thousands of destination hosts. The internetwork’s responsibility is to replicate the multicast flows in an efficient manner so that they reach only their intended recipients.

Some examples of multicast transmission are: 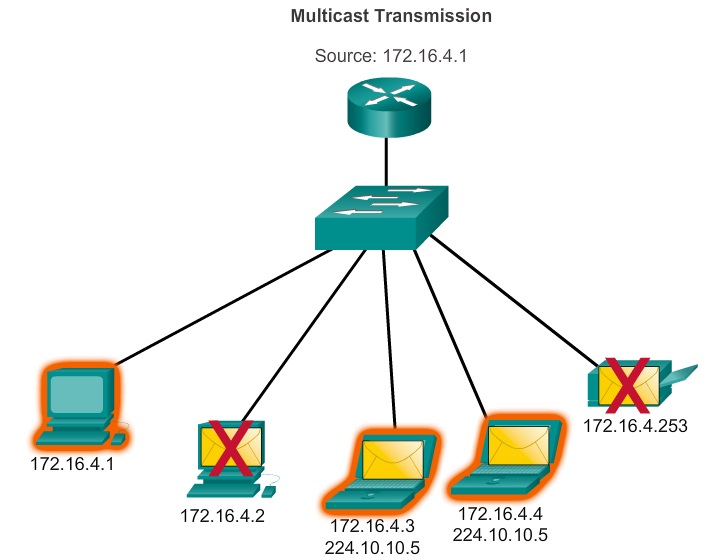