Initially the OSI model was designed by the ISO to provide a framework on which to build a suite of open systems protocols. The vision was that this set of protocols would be used to develop an international network that would not be dependent on proprietary systems.

Ultimately, the speed at which the TCP/IP-based Internet was adopted, and the rate at which it expanded, caused the development and acceptance of the OSI protocol suite to lag behind. Although a few of the developed protocols using the OSI specifications are widely used today, the seven-layer OSI model has made major contributions to the development of other protocols and products for all types of new networks.

The OSI model provides an extensive list of functions and services that can occur at each layer. It also describes the interaction of each layer with the layers directly above and below it. the focus of discussion is the protocols identified in the TCP/IP protocol model. 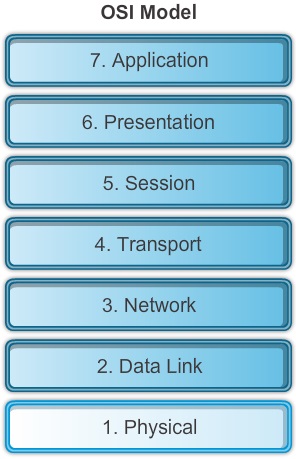 The TCP/IP protocol model for internetwork communications was created in the early 1970s and is sometimes referred to as the Internet model. As shown in the figure, it defines four categories of functions that must occur for communications to be successful. The architecture of the TCP/IP protocol suite follows the structure of this model. Because of this, the Internet model is commonly referred to as the TCP/IP model. 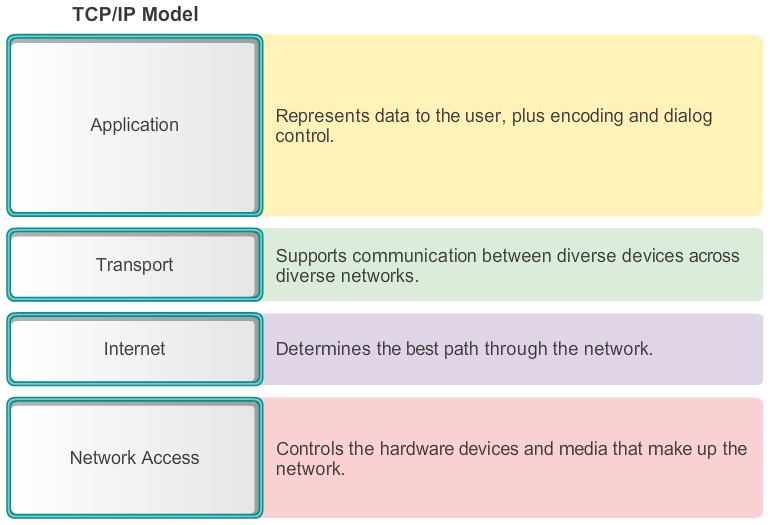 Most protocol models describe a vendor-specific protocol stack. However, because the TCP/IP model is an open standard, one company does not control the definition of the model. The definitions of the standard and the TCP/IP protocols are discussed in a public forum and defined in a publicly available set of RFCs. The RFCs contain both the formal specification of data communications protocols and resources that describe the use of the protocols.

The RFCs also contain technical and organizational documents about the Internet, including the technical specifications and policy documents produced by the IETF.

Comparing the OSI Model with the TCP/IP Model

The protocols that make up the TCP/IP protocol suite can be described in terms of the OSI reference model. In the OSI model, the network access layer and the application layer of the TCP/IP model are further divided to describe discrete functions that must occur at these layers.

At the network access layer, the TCP/IP protocol suite does not specify which protocols to use when transmitting over a physical medium; it only describes the handoff from the internet layer to the physical network protocols. OSI Layers 1 and 2 discuss the necessary procedures to access the media and the physical means to send data over a network.

As shown in the figure, the critical parallels between the two network models occur at the OSI Layers 3 and 4. OSI Layer 3, the network layer, is almost universally used to describe the range of processes that occur in all data networks to address and route messages through an internetwork. IP is the TCP/IP suite protocol that includes the functionality described at OSI Layer 3.

Layer 4, the transport layer of the OSI model, describes general services and functions that provide ordered and reliable delivery of data between source and destination hosts. These functions include acknowledgement, error recovery, and sequencing. At this layer, the TCP/IP protocols TCP and User Datagram Protocol (UDP) provide the necessary functionality.

The TCP/IP application layer includes a number of protocols that provide specific functionality to a variety of end user applications. The OSI model Layers 5, 6, and 7 are used as references for application software developers and vendors to produce products that operate on networks.

The Benefits of Using a Layered Model

There are two basic types of networking models:

The OSI model is the most widely known internetwork reference model. It is used for data network design, operation specifications, and troubleshooting. 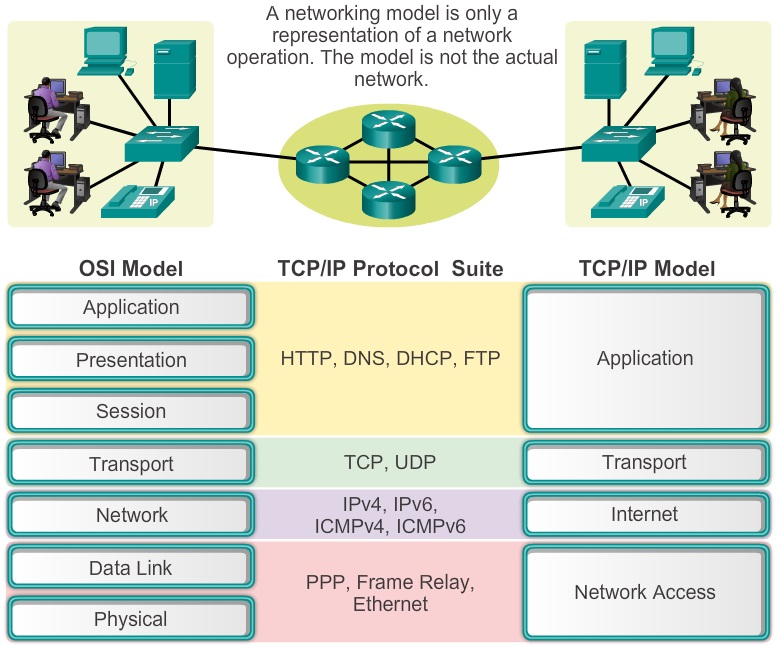 As shown in the figure, the TCP/IP and OSI models are the primary models used when discussing network functionality. Designers of network protocols, services, or devices can create their own models to represent their products. Ultimately, designers are required to communicate to the industry by relating their product or service to either the OSI model or the TCP/IP model, or to both.