A network setup where each computer and network device is interconnected with one another, allowing for most transmissions to be distributed, even if one of the connections go down. This topology is not commonly used for most computer networks as it is difficult and expensive to have redundant connection to every computer. However, this topology is commonly used for wireless networks. Below is a visual example of a simple computer setup on a network using a mesh topology. Flooding or routing technique is used in mesh topology. Types of Mesh Network topologies:

In this, like a true mesh, each component is connected to every other component. Even after considering the redundancy factor and cost of this network, its main advantage is that the network traffic can be redirected to other nodes if one of the nodes goes down. Full mesh topology is used only for backbone networks. 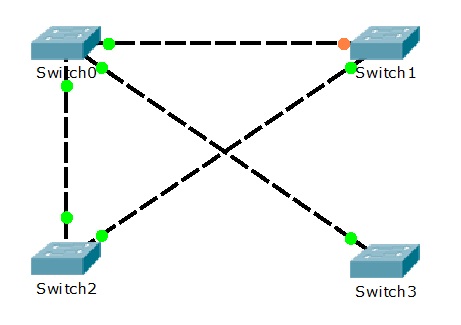