IPv4 has been in use since 1983 when it was deployed on the Advanced Research Projects Agency Network (ARPANET), which was the precursor to the Internet. The Internet is largely based on IPv4, which is still the most widely-used network layer protocol.

An IPv4 packet has two parts: 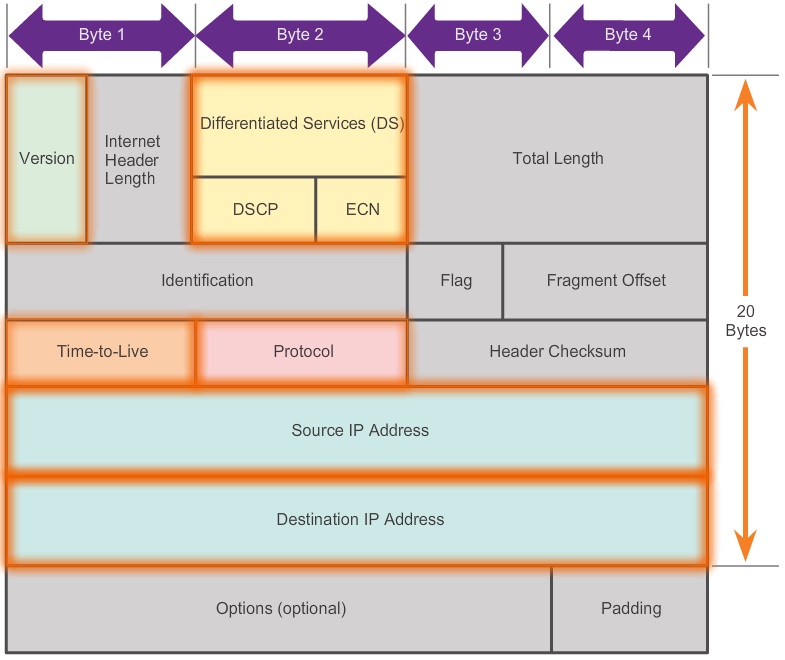 As shown in the figure, an IPv4 packet header consists of fields containing important information about the packet. These fields contain binary numbers which are examined by the Layer 3 process. The binary values of each field identify various settings of the IP packet.

Significant fields in the IPv4 header include:

The two most commonly referenced fields are the source and destination IP addresses. These fields identify where the packet is from and where it is going. Typically these addresses do not change while travelling from the source to the destination.

The remaining fields are used to identify and validate the packet, or to reorder a fragmented packet. 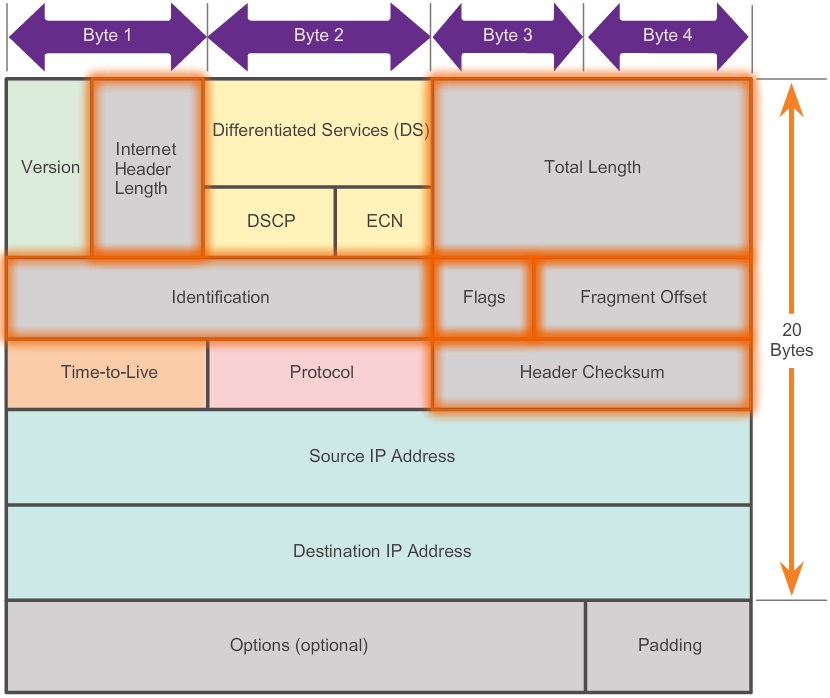 As shown in the figure, The fields used to identify and validate the packet include:

A router may have to fragment a packet when forwarding it from one medium to another medium that has a smaller MTU. When this happens, fragmentation occurs and the IPv4 packet uses the following fields to keep track of the fragments: