Star Topology is the most common type of network topology that is used in homes and offices. In the Star Topology there is a central connection point called the hub which is a computer hub or sometimes just a switch. In a Star Network the best advantage is when there is a failure in cable then only one computer might get affected and not the entire network. 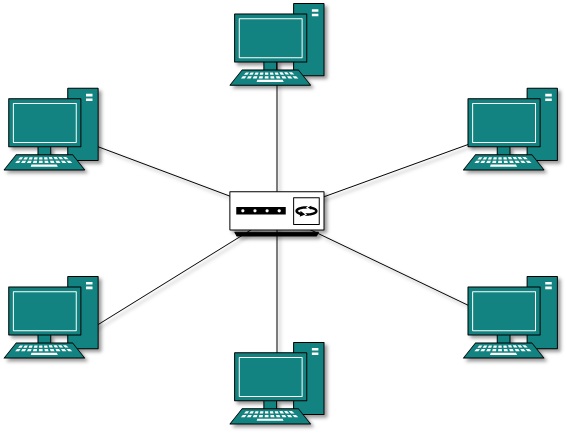