There are several ways to access the CLI environment. The most common methods are:

The console port is a management port that provides out-of-band access to Cisco device. Out-of-band access refers to access via a dedicated management channel that is used for device maintenance purposes only. The advantage of using a console port is that the device is accessible even if no networking services have been configured, such as when performing an initial configuration of the networking device. When performing an initial configuration, a computer running terminal emulation software is connected to the console port of the device using a special cable. Configuration commands for setting up the switch or router can be entered on the connected computer.

For many IOS devices, console access does not require any form of security, by default. However, the console should be configured with passwords to prevent unauthorized device access. In the event that a password is lost, there is a special set of procedures for bypassing the password and accessing the device. The device should also be located in a locked room or equipment rack to prevent unauthorized physical access.

Telnet is a method for remotely establishing a CLI session of a device, through a virtual interface, over a network. Unlike the console connection, Telnet sessions require active networking services on the device. The network device must have at least one active interface configured with an Internet address, such as an IPv4 address. Cisco IOS devices include a Telnet server process that allows users to enter configuration commands from a Telnet client. In addition to supporting the Telnet server process, the Cisco IOS device also contains a Telnet client. This allows a network administrator to telnet from the Cisco device CLI to any other device that supports a Telnet server process.

The Secure Shell (SSH) protocol provides a remote login similar to Telnet, except that it uses more secure network services. SSH provides stronger password authentication than Telnet and uses encryption when transporting session data. This keeps the user ID, password, and the details of the management session private. As a best practice, use SSH instead of Telnet whenever possible.

Most versions of Cisco IOS include an SSH server. In some devices, this service is enabled by default. Other devices require the SSH server to be enabled manually. IOS devices also include an SSH client that can be used to establish SSH sessions with other devices.

An older way to establish a CLI session remotely is via a telephone dialup connection using a modem connected to the auxiliary (AUX) port of a router, which is highlighted in the figure below. Similar to the console connection, the AUX method is also an out-of-band connection and does not require any networking services to be configured or available on the device. In the event that network services have failed, it may be possible for a remote administrator to access the switch or router over a telephone line.

The AUX port can also be used locally, like the console port, with a direct connection to a computer running a terminal emulation program. However, the console port is preferred over the AUX port for troubleshooting because it displays startup, debugging, and error messages by default.

Note: Cisco Catalyst switches do not support an auxiliary connection.

There are a number of excellent terminal emulation programs available for connecting to a networking device either by a serial connection over a console port or by a Telnet/SSH connection. Some of these include: 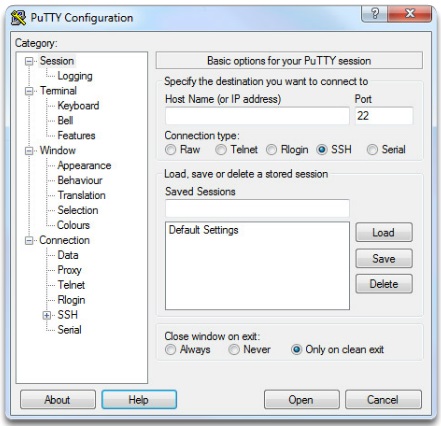 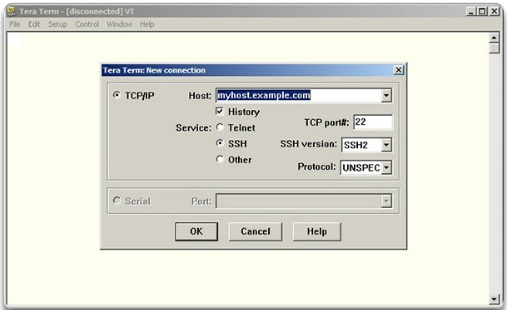 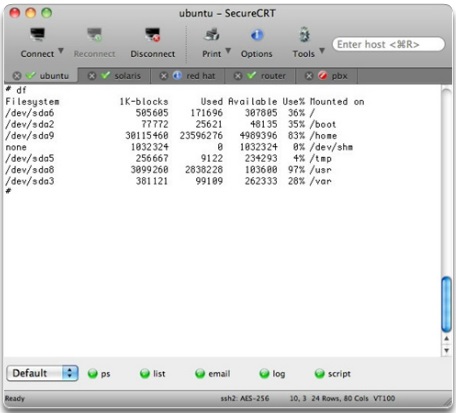 These programs allow you to enhance your productivity by adjusting window sizes, changing font sizes, and changing color schemes.